Home / News / Industry News / Which is the Most Eco-Friendly Option Between Paper Towels and Cloths?

Which is the Most Eco-Friendly Option Between Paper Towels and Cloths?

Anyone who’s ever set foot in a kitchen knows that having a way to clean up messes is a basic necessity, so there are always paper towels at hand in most households. Despite their usefulness, some people still bet on the cloth towel as the more effective and, of course, much more environmentally friendly. But why is that.In short, reusable cloths avoid the wastefulness of paper towels, but they can become a breeding ground for bacteria and other nasties. Which one deserves a place in your kitchen counter, then? Let’s break down the basics down here.

For some, spills are just a part of everyday life, whether because of cooking for a big family or simply as part of handling things around the kitchen. Paper towels are the preferred method of most people to deal with these accidents, but we all know that a single sheet has never made a dent in a mess, right?Effective as they are, paper towels produce too much waste for how darn convenient they can be. They’re the easiest to use precisely because you can pretty much just dump a bunch of them over a spill and you’ll get rid of it, but it comes at a huge cost for the environment, since they generate up to six million pounds of waste every day, and they release methane when they decompose. Yikes.By using paper towels, you’d be contributing to the roughly 40% of paper-based trash sitting on American landfills, which in part makes the paper industry the third largest contributor to global warming. They also are one of the top causes for deforestation and water-pollution (because of the chemicals used in their production). Double yikes. 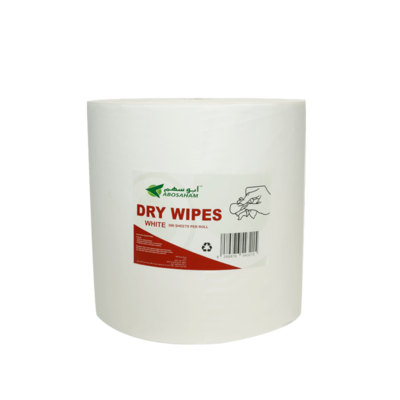 The eco-friendly benefits of reusable cloths or rags is  (like the name implies) how you can use them over and over again, reducing paper waste by literal tons every year. They were here before paper towels and looks like they should stay for longer than them as well, since you can make them out of pretty much any old piece of fabric that’s lying around your house, or buying one made out of recycled materials such as birdseye cotton.Many people have replaced their paper towels with microfiber cloths in their effort to clean while remaining eco-friendly, but the hard truth is that these cloths are made from petroleum-based polymers, and every time you wash them they release microplastics that never decompose, while making their way into the water. Kind of sounds worse than paper waste, right? It sort of is, so you might want to look into gentler fabrics.

Yes, cloths and rags are better for the environment in general by a large margin, but there are some aspects that still make people wary of using them. Specifically, the fact that the constant humidity and contact with all sorts of unpleasant substances make them a breeding ground for nasty microorganisms. Is the fear justified? Well, yes and no. While the dampness of the cloth does favor the growth of some bacteria, following a proper sanitization routine will no doubt help you make it clean and safe for everyday use.

As you can imagine, while there are some biodegradable and recycled options for paper towels, the reusable cloth is the clear winner of this environmentally-conscious match, even against the reusable bamboo paper towels. The sheer amount of waste and consumption of resources it prevents are simply leagues above the effect paper towels have on nature. If you want to go green, simply don’t restock on paper towels at the grocery store next time you’re about to run out. Simple as that!